Have a Question or Want a Free Market Report?

The F.Q. Story neighborhood is one of Phoenix’s first historic districts. Its 602 homes date from the late 1920s and span a variety of architectural styles, including Spanish Colonial Revival, English Tudor, Craftsman bungalows and transitional ranch. Homes are listed on both the federal and state registers of historic places. The neighborhood is bounded by McDowell Road, Roosevelt Street, Seventh Avenue and Grand Avenue. It is governed by the Story Preservation Association, a non-profit group consisting of Story residents. The association was started in 1984.

Francis Quarles Story, for whom the neighborhood was named, was involved in numerous developments in early Phoenix, including the construction of Grand Avenue in 1887 and its subsequent streetcar line. He is also credited with the advertising campaign which made the Sunkist Orange famous.

In 1920, when development of the F. Q. Story neighborhood began, Phoenix had a population of 29,000. It was advertised as a streetcar suburb, being close to the Grand Avenue and Kenilworth carlines. The first houses were clustered by the streetcar line at the eastern edge of the neighborhood. As building proceeded westward and the auto became more common, houses began to feature detached garages and porte cocheres.

The last development phase began in 1927, encompassing eighty acres from 11th to 15th Avenues, between McDowell Road and Roosevelt Street. Development hit its peak in 1930 with the construction of 133 new houses, only to falter as the Depression hit Phoenix. Construction declined, but by 1938, approximately seventy-five percent of the F.Q. Story Addition had been completed. 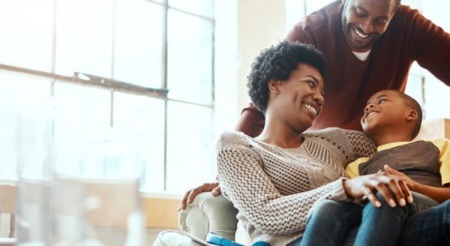 Buying a Home
What FICO® Score Do You Need to Qualify for a Mortgage?
BY Ashley Kennedy
View All Blog Posts